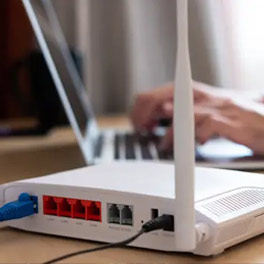 It's critical to understand how the statewide NBN™ migration will influence your firm in the coming months, whether you're a Chief Information Officer or an Executive. You'll be empowered to make the correct decision with a CareTel NBN™ and your own tailored business NBN™ plan. We have successfully partnered with NBN™ Australian to provide you with the best broadband internet tailored to your needs.
We aim to make the switch to a future-ready network as simple as possible for you. When you pick Caretel nbnTM, we may pay cable deployment costs under certain conditions.
We pride ourselves on our satisfied customer base, and we provide different types of NBN™ to our customers, such as:

Fibre to the Premises (FTTP)

With an optical fibre leading directly to the premises, FTTP is generally said to be the highest performing NBN connection type. Due to the complexity and cost of laying new fibre to each individual installation, it is also the least common.

Fibre to the Node (FTTN)

The most common NBN™ connection types are Fibre to the Node and Fibre to the Building. FTTN brings optical fibre to a central point on your street (or nearby street), known as a "node”. From here, it utilises existing copper wire infrastructure to connect to a wall socket inside your premises. Utilizing a mix of new optical fibre and existing copper line networks allowed a faster rollout of the NBN™. However, an FTTN connection isn't capable of reaching the potential speeds of having fibre installed directly to the premises (FTTP).

Fibre to the Building (FTTB)

FTTB is the most common connection type for units, apartment buildings, and many commercial buildings. As with FTTN, an optical fibre leads to a central point in the building’s communications room, which then connects to your premises via the internal wiring already present (usually copper in older buildings, or ethernet cables in newer buildings).

Fibre to the Curb (FTTC)

With an optical fibre leading to a small telecommunications pit or pole outside your home, FTTC lies somewhere between the more complex FTTP connection and the simpler yet potentially lower-performing FTTN connection. It typically delivers faster potential speeds than Fibre to the Node connections, as the optical fibre network leads much closer to your connection point.

HCF connections utilise existing cable TV technology. Optical fibre leads to a node in your street, with a final stretch of coaxial cable to your premises. It has the potential to deliver fast download speeds and is often compatible with our Superfast and Ultrafast NBN™ Add-Ons.

This technology is used in regional areas where it is not practical to lay physical fibre to connect to the network. A fixed antenna is installed on the roof, which receives a signal from your local NBN™ wireless tower. Internal wiring then leads to the NBN™ connection box inside your premises. so that you can choose and tailor it to your enterprise, saving you time and money over unnecessary plans that you won't use but still pay over time.
For more on official NBN™ providers, Visit NBN™ Providers and look for CareTel Pty. Ltd.